This post is for the person who is thinking about reading Barth’s Church Dogmatics. I’ll briefly mention some reasons to read it, note the two excellent English editions now available, describe its overall structure, and relay a suggestion of some passages to dip into first to gain an overall feel for Barth’s distinctive theological mode and writing style.

When I began my graduate studies in the history of science back in the 1980’s, the distinguished Curator of the OU History of Science Collections wagged his finger at the five of us who were first-year students at the time, enrolled in his early modern science course, and admonished that we would never be able to understand the rise of early modern science unless we read two theological works: Augustine’s City of God

. I took him seriously at his word, reading both over the next year or two, along with most of Aquinas’ Summa Theologica

as well. If he were alive today, I’m sure he would agree with me that to understand the relations between science and religion from the Enlightenment through the 20th century, one must add Barth’s Church Dogmatics to that short but essential reading list.

By any account, Karl Barth (1886-1968) was the most significant and influential theologian of the 20th century, described by Pope Pius XII as the most important theologian since Thomas Aquinas. The Church Dogmatics, over 30 years in the writing, represents the mature form of his own Reformed theology. And it is even of much broader interest than that, for it also reveals his extensive personal interaction with theological currents of his day and throughout the history of the church, from the patristic and medieval periods up through Enlightenment, 19th- and early 20th-centuries, spanning Orthodox, Roman Catholic, Lutheran and various other perspectives. The massive excursus sections of the Church Dogmatics (see below) offer an unparalleled entrée into the history of theology and a point of departure for ecumenical discussion.

It is no wonder, then, that Thomas F. Torrance regarded Barth’s effect upon modern theology and philosophy as a Copernican Revolution.

Of course, it should go without saying that no one reads the Church Dogmatics expecting Barth to show us all the answers. There are no Barthians, in the sense of theological disciples who agree with all or nearly all that he said. Rather, we read Barth because he opens up a vast landscape in which we can carry on theological conversations with renewed vigor, insight, imagination and clarity. This lies at the root of his historical significance. To attempt to think theologically in our age without engaging Barth is like trying to understand ancient theology without Augustine and Athanasius, medieval theology without Aquinas, and Reformation theology without Calvin; or even to carry on astronomy today with a geocentric cosmology.

Which edition should I buy?

Barth’s 13 volumes of Kirchliche Dogmatik, published from 1932 to 1967, were translated into English under the editorial leadership of Thomas F. Torrance and G. W. Bromiley (Edinburgh: T&T Clark, 1936-1977). This edition is long out of print, although used volumes can be obtained one at a time from Amazon and other booksellers. Yet it has never been easier to read the Church Dogmatics because of the recent release of two affordable editions!

1. The first choice is the Hendrickson reprint of the Torrance-Bromiley translation: Church Dogmatics, 14 Volumes. Hendrickson Publishers (2010). Hardcover. $129.99 from CBD (+ $50 shipping)

lists the contents of each volume.

2. A second option is the publication of a Study Edition: Church Dogmatics, 31 Volumes. Continuum International, T&T Clark, with assistance from the Center for Barth Studies

at Princeton Theological Seminary (2009). Paperback, high quality, sewn binding. Available individually for $35/ea., or as a set for $1095; from CBD

, or more affordably from Alibris

and other sellers (who perhaps snapped up extra copies when the set was initially sold by CBD at prices under $500). Read the publisher’s product description

. The Study Edition is also available online and in a 2004 edition for Logos

; I hope it comes soon for Accordance!).

The Study Edition offers a tremendous advantage for students over the Hendrickson reprint: Barth’s frequent quotations of phrases and passages in Greek, Latin, French and German are translated into English in footnotes appearing at the bottom of each page, for the benefit of readers who are not fluent in these languages.

Because the paperbacks are divided into 31 volumes (instead of 14), each one is slim and light enough to easily slip into a backpack or satchel.

Not sure whether to buy the whole set just yet? Here’s a link to the first volume of the Study Edition

at Amazon ($28). When you are ready to purchase the entire edition, you can always give away the first volume to a friend to help them “test the waters” and see if they want to plunge in for themselves. 🙂

). Why these were omitted from the print volumes of the Study Edition is a mystery; the publisher should make them available as free downloads to purchasers of individual volumes, if not to the general public.

Regardless of which edition you choose, you’ll need some good bookmarks!

Barth planned the Church Dogmatics as a work in 5 volumes, each devoted to one major Christian doctrine:

Volume-Parts: Barth did not live to complete the volume on Redemption, so only 4 “volumes” were published in all, as listed below in Roman numerals. As they were completed, each “volume” proved too long to publish in a single tome, so they were issued in separately-bound “Parts,” indicated below as a point followed by an Arabic numeral. Thus, “CD II.1” indicates the Church Dogmatics, Volume II, Part 1, which would be the 3rd volume in the Hendrickson reprint edition. (In this and what follows, refer to the outline below.)

Paragraphs: Each Part of the Church Dogmatics consists of one or more chapters (not indicated below). Each chapter is subdivided into so-called “paragraphs,” indicated by the sign §. “Paragraphs” are typically several dozen pages in length – they are long but self-contained thematic sections, not what is normally meant in English by the word “paragraph.”

So CD I.1 consists of 12 paragraphs (see outline below). Barth introduces each paragraph with a pithy summary called a Leitsatz (a guiding principle or thesis). For example, paragraph 8 is entitled “God in His Revelation,” and its Leitsatz is:

Paragraph 8 unpacks every phrase of this Leitsatz, comprising pages 295-347 of the first volume of the Torrance-Bromiley edition.

Pagination: When citing Barth in English, use the page numbers of the Torrance-Bromiley edition (example: CD I.1, p. 321).

Paragraph 8 occurs somewhere in the middle of the first volume of the Hendrickson reprint edition, but at the beginning of the second volume of the Study Edition because the latter breaks apart the Parts into separate volumes, as indicated below by a lower-case “v” in parentheses (v#). So CD III.4 is found in volume 8 of the Hendrickson reprint, or in volumes 19 and 20 of the Study Edition.

Excursus: Excursus (sing. and pl. forms are both “excursus”) appear in smaller print, and may be a few lines or run to multiple pages in length. In the excursus, Barth engages other theologians and philosophers, interacts with an astonishing range of figures in the Christian tradition, and exegetes scripture. One may follow the thread of Barth’s argument even if one skips the excursus, but doing so will severely distort one’s understanding of Barth’s method, and his approach to scripture and intellectual history, as well as cause one to miss out on his sense of humor (much like those whose understanding of Calvin becomes distorted when based only upon the Institutes, to the exclusion of his commentaries).

Volume I: The Doctrine of the Word of God (2 Parts)

Index with Aids for the Preacher (V14, v31)
Keep this volume handy: in addition to name, subject and scripture indices (revised and corrected in the Study Edition), it contains a selection of 800 extracts from the Church Dogmatics arranged according to the German Evangelische Kirche

schedule of passages for Sunday preaching. 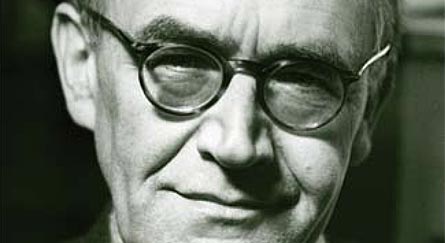 Here is a more detailed table of contents

, including all chapter and paragraph titles, from the Foundation for Reformed Theology.

Church Dogmatics – Where do I start?

For advice to the beginner on reading the Church Dogmatics, see the works listed in my previous post, “Reading Karl Barth: Short Introductions.” I’ve found them all very helpful, but it’s also important to dive in and begin to gain a sense of Barth’s distinctive mode of writing first hand. Toward that end, Baxter Kruger suggests – at the end of his book, The Great Dance

– reading the following sections to start with:

Depending on your interests, these are a great place to start. Perhaps every reader would recommend a different set of favorite sections. My own interest in Karl Barth’s theological method and his rejection of natural theology makes CD I.1 and II.1 of prime interest, for example.

Yet for any reader, Church Dogmatics reading companions like the following two titles offer specific guidance on where to find topics of high potential interest:

Or better yet, why not start a reading group with some friends, meeting to discuss the Church Dogmatics roughly monthly over the course of 3-5 years?

Then allow me one more opportunity to arouse your interest in the Church Dogmatics with a few words about the beauty of Barth’s writing style. The CD is long and dense, but not as intimidating as one might think. One reason for this is because Barth’s writing style (not merely the conclusions he reaches) nurtures a personal approach to God that is rare in academic writing (perhaps unequaled since Augustine). Barth listened intently to Mozart almost every day he sat down to write. Robert Palma has written in Karl Barth’s Theology of Culture

“Mozart’s music contains sounds which rightly disclose and signify God’s grace and providence, the truth concerning his creation, the harmony of creation with its Yes and No, and the creation’s response to God… It would seem that Barth could hear the sound of God’s grace in the free and joyful quality of Mozart’s music, a quality which would seem to presuppose that God affirms his good creation and that all is finally well.”

“In face of the problem of theodicy that pressed upon Europe when God was under attack for the Lisbon earthquake, so Mozart had the peace of God that transcends all the critical or speculative reason that praises and reproves… He had heard and causes those who have ears to hear, even today, what we shall not see until the end of time – the whole content of providence. As though in the light of this end, he heard the harmony of creation to which the shadow also belongs, but in which shadow is not darkness, deficiency is not defeat, sadness cannot become despair, trouble cannot degenerate into tragedy and infinite melancholy is not ultimately forced to claim undisputed sway. Thus the cheerfulness in this harmony is not without its limits. But the light shines all the more brightly because it breaks forth out of the shadow. The sweetness is also bitter and cannot therefore cloy. Life does not fear death but knows it well….”

These few sentences from Barth offer a glimpse, I hope, of a theologian who writes with an open-ended style, akin to Mozart, with sentences “rolling like great ocean waves … through the volumes of the Church Dogmatics” (T.F. Torrance*). Torrance concludes an article on beauty in theology with these words:

“For Karl Barth, theology is itself a kind of intellectual music, a beautiful science in which the message of God’s love is expounded in the doxological modalities of rational worship, and the joy and freedom of his grace are hymned on earth in forms that echo the liturgy of heaven, which he liked to think of more in terms of the music of Mozart than of Bach. As Barth once said, while the official music in heaven will doubtless be Bach, the angels will be found playing Mozart among themselves.”