We saw the film Jobs this afternoon at the Warren Theater

The Good. Ashton Kutcher is great as Steve Jobs; I found him believable (except for the affected gait). I was looking forward to watching him give the Stanford commencement speech, which clearly inspired his recent teen choice award acknowledgments

. The entire casting is excellent. I am old enough to have lived through this history and at the time was passionate about the emergence of personal computing, regarding Jobs as its quintessential spokesman. My sense of nostalgia was fully awakened by the recreations of 70’s culture, from Bob Dylan and Cat Stevens to the West Coast Computer Faire

. The sight of Woz and others soldering a circuit board brought back memories of building my own Heathkit shortwave ham radio

, on which I saw the world shrink as I tapped out conversations in Morse code. And then the 1984 commercial

appears, as it should. There are many other small details that are well done, even if they are not enough to recommend the film before it’s out on Netflix.

The Bad. There’s no apparent sense of selection. Context is missing. Essential information is omitted. Pacing and a sense of lapsing time is utterly absent. One example will suffice: only a hard cut, an eye-blink, spans the half-dozen years from the launch of the Macintosh to the debut of Windows in beta. From this film alone one might suppose that Jobs’ phone call to Gates protesting Windows happened practically the following morning – unless one happens to know the history involved (which is now ancient history to most viewers, I suspect). 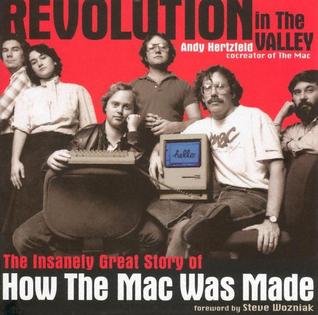 Many details are plain wrong. For example, Steve Jobs would never have said that people bought the Macintosh to show they had bravado and to show off their social status. I look forward to hearing participants in these events chime in with their corrections, like Danniel Kottke and Bill Fernandez at Slashdot

. But the film has definitely caused me to want to re-read Andy Herzfield’s Revolution in the Valley

and re-visit its companion folklore.org website. The bad can be corrected; not so the film’s deeper flaws, for the screenwriting is downright ugly.

The Ugly. How bad is a film that emphasizes the importance of getting fonts right on the 1984 Mac if the film itself uses terrible fonts? With that kind of aesthetic disconnect in production, is it any wonder if the script writing was awful?

There are two dramatic stories well worth telling in the story of Jobs: the personal story of Steve Jobs, and the technology story of the digital revolution and the information age. Yet neither story was understood by the scriptwriters. Neither is told in a coherent way, nor are they effectively interwoven. Without deep understanding, the scriptwriters were left to string anecdotes together into a plot line that careened between various superficial aspects of either story without capturing an intelligible sense of either one. The result is a film that is cold and uncompelling, where it could have been an unforgettable human drama. This is the movie equivalent of Walter Isaacson’s deeply flawed biography (per John Siracusa

First, the technology story: The film begins with the unveiling of the iPod, before flashing back to the young Jobs. Yet the iPod never appears again, so this forward reference was wasted. The film ends abruptly on Jobs’ return to Apple, before the launch of the iMac. The scriptwriters found time to devote several minutes to the firing of Apple board members when Jobs returned to Apple, missing the opportunity to explore the technological story of how Job’s return was more a triumph of NeXT than a triumph of personal vengeance. Indeed, the film portrays no understanding whatsoever of the significance of Jobs’ intervening years for either the NeXT operating system nor Pixar.

It’s the same with the human story: To devote the closing minutes of the film to portraying what appears to be petty personal vengeance by Jobs also misses the opportunity to explore Jobs’ personal story, leaving his character unchanged from his early years. Understand me here: I’m not criticizing the film for portraying Jobs as an asshole; I’m critiquing it for not showing any character development, for not being a compelling human story. A man as complex as Jobs deserves better. Viewers should expect better.

This would have been the cure: Instead of the unveiling of the iPod, the film should have begun with the lines from Jobs’ Stanford commencement address about how being fired from Apple was the single best thing that had ever happened to him (about 7 minutes in):

“I didn’t see it then, but it turned out that getting fired from Apple was the best thing that could have ever happened to me. The heaviness of being successful was replaced by the lightness of being a beginner again, less sure about everything. It freed me….”

There’s no congruence between the man who said that and the script Kutcher was given, between those lines and the way the film now ends. Yet to have begun with those lines would have framed both stories in a compelling way, bringing both the personal and the technological stories, after exploring the mystery of suffering during the in-between years, to a combined resolution in Jobs’ return to Apple. To then flash forward to Kutcher delivering a compressed version of the Stanford speech while the credits roll would have been inspirational, but the Stanford speech is not mentioned in the film at all.

To my friends, I say that, instead of watching this 2-hour biopic, you will gain a much more compelling and accurate sense of the human drama and technological accomplishments of Steve Jobs by watching the less-than-15-minutes Stanford commencement address. Bring out the pop-corn and watch that several times, and you’ll have spent your evening in a much more enjoyable and thought-provoking way. And if you really want the history, go to folklore.org