Don’t you want to thank someone?

But still, my thirst is never slaked
I am hounded by a restlessness
Eaten by this endless ache
But still I will give thanks for this 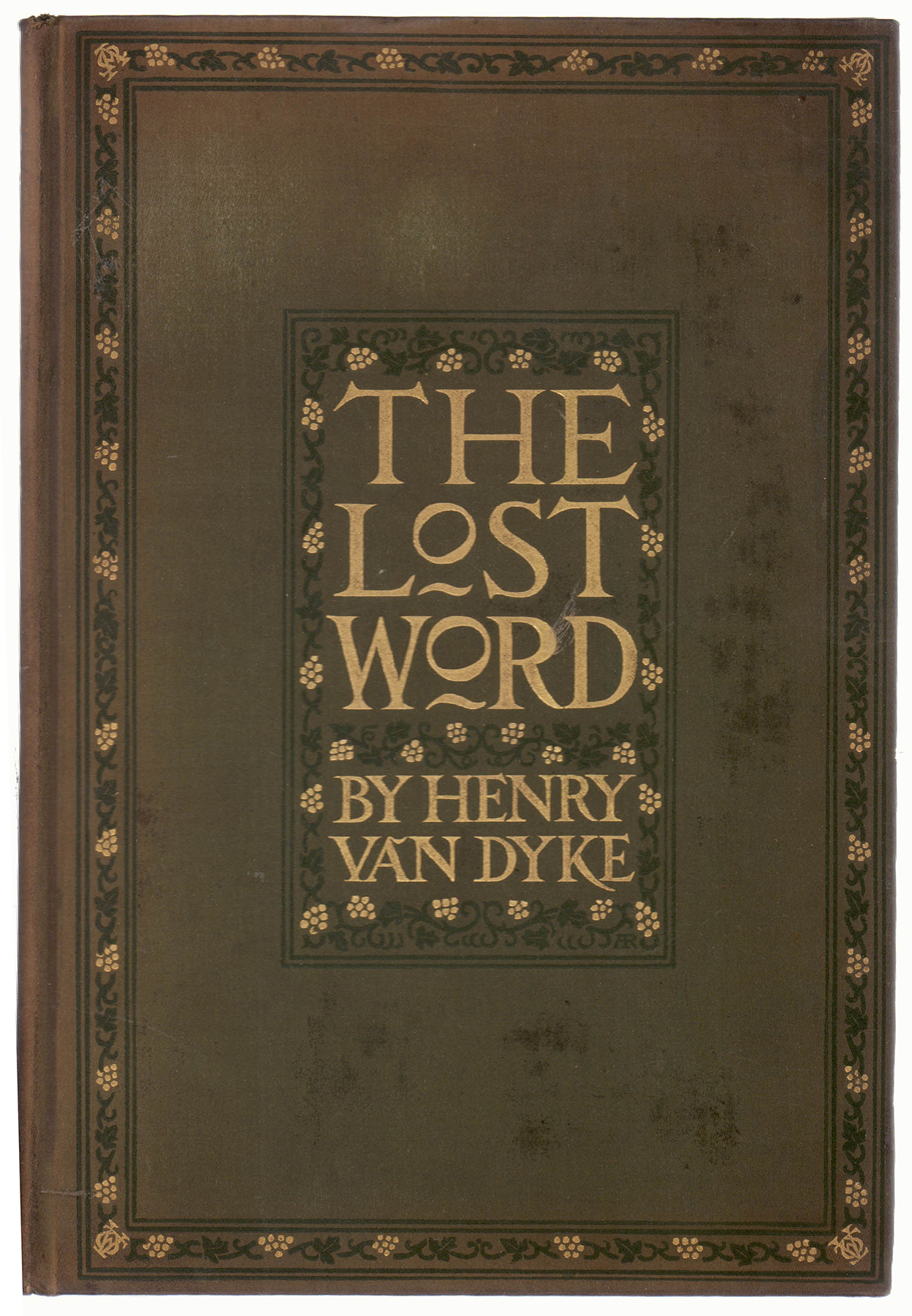 One of my favorite Christmas stories is Henry Van Dyke, The Other Wise Man. Van Dyke writes with a mythic vision similar to George MacDonald, yet his prose is far more polished and his stories are dense with historical, geographical, and cultural detail. I highly recommend The Other Wise Man as a read-aloud on or near Epiphany.

But this year, in addition to The Other Wise Man, I picked up and read The Lost Word, a Christmas story that takes place in 4th century Antioch. Historical figures from Julian the Apostate to Chrysostom make an appearance, particularly Chrysostom during his years in Antioch (when he was known as John of Antioch) in 386–397. As with The Other Wise Man, the historical details are anything but pedantic, always serving the story, as in this excerpt from John of Antioch preaching in the basilica:

“Do thou, therefore, likewise… hasten to Bethlehem, the sweet house of spiritual bread. For though thou be but a shepherd, and come hither, thou shalt behold the young Child in an inn. Though thou be a king, and come not hither, thy purple robe shall profit thee nothing. Though thou be one of the wise men, this shall be no hindrance to thee. Only let thy coming be to honour and adore, with trembling joy, the Son of God, to whose name be glory, on this His birthday, and forever and ever.”

The prose is beautiful. Consider how Van Dyke conveys the time of day, for instance. Instead of stating “It was sunrise,” Van Dyke writes: “Overhead the mystery of daybreak was silently transfiguring the sky.”

The story amounts to a parable illustrating Andrew Peterson’s song, “Don’t you want to thank someone?” In the story, Hermas goes out into the garden with Athenais his beloved, and together they seek to give thanks. Athenais says:

“I, too, have felt it, Hermias, this burden, this need, this unsatisfied longing. I think I know what it means. It is gratitude — the language of the heart, the music of happiness. There is no perfect joy without gratitude. But we have never learned it, and the want of it troubles us.”

“For all good gifts, for all perfect gifts, for love, for life, for the world, we praise, we bless, we thank —”

But their prayer falls to the ground, as the “lost word” is the name of the unknown One to whom they might give thanks. The story continues:

“As a soaring bird, struck by an arrow, falls headlong from the sky, so the song of Hermas fell.”

Oh, if only one could know the One to whom thanks is due! Knowing him by name would be the key to life.

Read The Lost Word aloud with a friend or family, if possible, anytime during the Thanksgiving and Christmas seasons. Then follow it up by listening to Andrew’s song, which takes the theme deeper. They are a powerful combination.

Read the story in an original 1898 edition, printed in crisp type, with artful woodcuts and illustrations on hand-made deckled paper by the De Vinne Press. Copies are not hard to come by; search AbeBooks or even Amazon, if there is no bookseller near you. Cf. more Van Dyke books at Favorite Christmas Storybooks.

In an interview with Neil De Grasse Tyson, Stephen Colbert similarly defended gratitude as the secret to the universe: