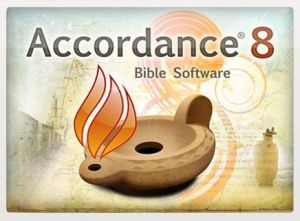 I’ve previously commented on this blog about my love of Accordance Bible software. The Accordance Users Conference

in Dallas this September 24-25 is drawing near, and I can’t wait!

is rife with tantalizing details, currently counting down the “Top Ten” reasons to attend.

. Lang’s interview suggests something of the excitement that I’m sure many other Accordance users are feeling as we anticipate this time together.

includes two days of sessions held in two parallel tracks. For most of these sessions, I’m finding it hard to choose which sessions to attend. The sessions are led by people whose names are familiar to me because of the manifold ways their work has often been a great help to me. Some of them are:

I can’t wait for demo’s of Accordance 9

And I am particularly excited about the two keynote speakers. As described by the Fort Worth Examiner

, the conference will provide opportunities to hear Martin Abegg

remained largely unpublished as late as the 1980s. A doctoral student at the time, Dr. Abegg was able to reconstruct the text of these unpublished scrolls from a concordance of words in the scrolls. The publication of his reconstructed texts helped open up scrolls research to a much wider body of scholars. In the 1990s, Dr. Abegg saw the potential for computerized study of the scrolls and partnered with Accordance to develop electronic texts of the various Dead Sea Scrolls manuscripts. He will give a presentation on the relationship of the Dead Sea Scrolls and the Bible, and will be present during the entire conference for anyone who would like to meet with him.

) is Professor of New Testament Studies at Dallas Theological Seminary and has written one of the standard textbooks on New Testament Greek: Greek Grammar Beyond the Basics. As the Executive Director of the Center for the Study of New Testament Manuscripts

This will be the first time I have heard either of these scholars in person. I still remember the excitement caused by Abegg’s use of HyperCard on a Macintosh Quadra computer

). What an interesting story Abegg can tell of technology and the Scrolls, from HyperCard to Accordance! Abegg and two colleagues, Peter Flint and Eugene Ulrich, published The Dead Sea Scrolls Bible: The Oldest Known Bible Translated for the First Time into English

(HarperOne, 2002). In addition to his many scholarly endeavors, Daniel Wallace, along with his colleagues, has produced a couple of accessible popular books: Ed Komoszewski, James Sawyer and Daniel Wallace, Reinventing Jesus: How Contemporary Skeptics Miss the Real Jesus and Mislead Popular Culture

(Thomas Nelson, 2007). In addition, excellent talks by both Abegg and Wallace are available for download on the web (Abegg

) and at iTunes (search for Daniel Wallace).

Last but not least, I am looking forward to spending some time with friends – Shawn and Jason, are you ready to while away the hours talking about Barth and Torrance?