“Like a stone on the surface of a still river,
driving the ripples on forever,
redemption rips through the surface of time
in the cry of a tiny babe…”
(Bruce Cockburn, “Cry of a Tiny Babe”)

The Incarnation reveals the divine paradox that redemption for this broken universe arrives quietly rather than with trumpets and fanfare. While some are waiting for an omnipotent power to part the heavens and come down to save us, God has already united himself with us hiddenly and obscurely, entering within our pain and brokenness. No one but a poor young couple in Bethlehem, along with some animals and outcast shepherds, noticed the tiny babe’s first cries. Yet in that moment the rock broke through the surface of the river, as the Lord of the Starfields entered our world from within and changed creation forever. From this we learn that love is incarnational.

Bruce Cockburn (pronounced “Coburn”) also shows us what love looks like in a broken world. By entering into human pain and brokenness, neither flinching nor turning back, his life and music point us to a love that is incarnational. 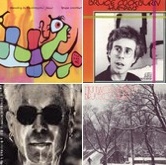 Note: For convenience sake, I’ve linked songs and albums discussed on this page to iTunes for preview or purchase, and to the lyrics page at the Cockburn Project for reading along while listening. The Cockburn Project

(abbr. “cbp”) provides lyrics of Cockburn’s songs with comments by Cockburn himself, as well as news and other resources.

(Cockburn’s Dart to the Heart album is, unfortunately, at the moment inexplicably unavailable at iTunes. The singles below from that album will be added to the playlist once it returns to the iTunes store. Meanwhile, it’s at Amazon

Michael Barfield (a.k.a. the painted soul

, a musician who invites comparison with Cockburn) long ago introduced me to the early albums of Cockburn such as High Winds, White Sky (1971), Salt, Sun and Time (1974) and Joy will Find a Way (1975). Through the decades since, Cockburn’s music has been a regular companion for me, particularly in difficult times. My copies of later vinyl albums such as Dancing in the Dragon’s Jaws (1979) and Humans (1980) are scratchy and the covers worn. In the early years after the launch of the iTunes store, I eagerly waited for Cockburn’s music to appear. My first iPod enabled me to plunge again into the river of Cockburn’s music, which keeps flowing on and evolving in tune with Cockburn’s deepening, maturing experience of life and death in this broken world. Before an eye surgery earlier this month, I prepared an all-Cockburn playlist to hold my attention through a long weekend of pain and recovery. Cockburn’s music is music to live through life with. [Update 8/14/2012: After another eye surgery last Friday, I again managed the pain this weekend by immersing myself in this playlist, several times through.]

Cockburn is a poet and prophet of love in a broken world.

Were it not for his music, Cockburn would be known as a poet. Cockburn’s lyrics are poetry, filled with evocative metaphors, arresting phrases, and multiple layers of meaning. Who can fail to ponder or listen unmoved to opening lines like “Sunset is an angel weeping….” (“Pacing the Cage”); or “Sun went down looking like the eye of God” (“How I Spent My Fall Vacation”). Lyrics that stand on their own with poetic integrity reward careful attention and recitation. Consider how effectively these lines from “Hills of Morning” convey a human scene:

“Underneath the mask of the sulphur sky
a bunch of us were busy waiting,
watching the people looking ill-at-ease,
watching the fraying rope get closer to breaking…”

Cockburn is also a poet of sound, for what a poet does with words is an apt description of Cockburn’s analogous care with instrumentation. He selects diverse styles and varied sounds which reflect an artistry that could stand alone, apart from the lyrics. A consummate guitarist, Cockburn’s music is innovative, experimental, and versatile; as intricate in composition as Crosby, Stills and Nash. Thankfully, instrumental pieces appear on all of Cockburn’s albums. When they shuffle into play in my “instrumental guitar” playlist, they are easy to mistake for pieces by Phil Keaggy or Michael Hedges. One of Cockburn’s albums, Speechless (2005), consists entirely of instrumental works, some collected from previous albums. These far-from-mute pieces wordlessly summon love in a broken world.

Finally, what Cockburn does with a poetry of words and what he does as a musician with a poetry of sound, he also does by weaving both together. He welds words and music together in deft synergy, comparable to Paul Simon. The music and lyrics do reinforce one another, but not in a simplistic way; their juxtaposition often creates contrasts, momentary tensions and a dynamic interplay that express the mystery of life in a broken world.

No wonder Cockburn has received countless awards, including at least five honorary doctoral degrees and induction into the Canadian Music Hall of Fame by Gordon Lightfoot. He is held in universally high regard by performers as diverse as Bono, Emmylou Harris, Jackson Browne, k.d. lang, the Barenaked Ladies, Michael Occhipinti, Ali Farka Toure, Toumani Diabate and the late Michael Hedges, Dan Fogelberg and Mark Heard. His versatile playing has contributed to innovations in guitar tuning, construction and design.

One of the reasons I enjoy listening to Cockburn’s music over and over so much is the surge of defiant joy it causes to rise within me. Listen to the music of songs like “Fascist Architecture,” “Somebody Touched Me,” “Wondering Where the Lions Are” and the other songs on my playlist, even without catching the lyrics, and see if it is possible to maintain a mood of discouragement (cf. the description of “Fascist Architecture” below).

If you’re not familiar with Cockburn, listen to the playlist above or plunge into any of these five albums:

Any one of these albums, or the above playlist, would offer a great way to start listening to Cockburn. I prepared the above playlist to survey some singles selected from a variety of albums, both early and recent, that reflect upon love in a broken world. Give the songs in the playlist a listen, and you’ll have a good sense of the wide range of Cockburn’s music. Preview them at iTunes, while perusing the lyrics (and Cockburn’s comments) at the Cockburn project. The playlist singles are all listed separately below, with links and a few comments.

Of course, there are many more Cockburn songs I really enjoy, so this is a sampler of songs related to love in a broken world, not a comprehensive list of favorites. While recuperating, I listened to a repeating all-Cockburn playlist which took more than a day to go just one time through. I decided to whittle down the list to limit it to 50, excluding gems like “In the Falling Dark,” “Burden of the Angel-Beast,” “Tokyo,” “After the Rain,” “Mango,” “Going to the Country,” “Get up, Jonah,” “Life’s Mistress,” “Stained Glass,” “Christmas Song,” “Silver Wheels,” “You Don’t have to Play the Horses,” “The Light Goes On Forever,” “Dialog with the Devil,” “Strange Waters,” and others which might easily extend this list to 75 or more. But hopefully this playlist will be a helpful starting place for anyone wishing to explore Cockburn’s music more fully.

Which of Cockburn’s songs would you include in a top 50 list about love in a broken world? (Answer in the comments.)

After my eyes heal a little more, I can’t wait to read a new book engaging Cockburn’s music by theologian Brian Walsh: Brian J. Walsh, Kicking at the Darkness: Bruce Cockburn and the Christian Imagination,

as the points of departure for serious theological reflection, Walsh’s reflections on Cockburn’s music are most welcome. Hopefully I’ll be able to open his pages soon (in iBooks, using my new iPad), and watch his video interviews with Cockburn (cf. links below). At that point perhaps I’ll come back and add to this post, but in any case, anyone who enjoys this “Love in a broken world” playlist will likely also be interested in Walsh’s book.

UPDATE: Since originally posting the playlist, I’ve switched out the following songs for others. They were initially included to show the variety of Cockburn’s music, but have been replaced by songs with a greater emphasis on love in a broken world (the playlist theme). Songs added in their place are “Gavin’s Woodpile,” “Festival of Friends,” “Broken Wheel,” “God Bless the Children,” “Mystery,” “To Fit in My Heart,” “Understanding Nothing,” “World of Wonders,” “Isn’t That What Friends are For?,” and “Look How Far.” I’ve updated the playlist in iTunes accordingly. 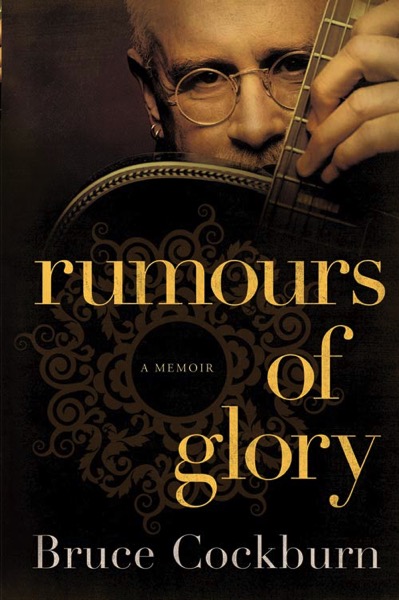 Bruce’s autobiography is out! Rumours of Glory: A Memoir (HarperOne)

For a critical review of Cockburn’s autobiography, see Douglas LeBlanc, “Goodbye to my Guitar Hero,” Living Church, published November 24, 2014. I would not have been able to write this post as it reads above if I had read this beforehand. Instead of revising it now, I pray for the mercy of the Father, Son and Spirit to awaken Bruce’s heart to the reality of his mighty love and grace. I will sing “Come Thou fount,” one of my favorite hymns, as a prayer for Bruce:

Come Thou Fount of every blessing
Tune my heart to sing Thy grace;
Streams of mercy, never ceasing,
Call for songs of loudest praise.
Teach me some melodious sonnet,
Sung by flaming tongues above.
Praise the mount! I’m fixed upon it,
Mount of God’s unchanging love.

Here I raise my Ebenezer;
Hither by Thy help I’m come;
And I hope, by Thy good pleasure,
Safely to arrive at home.
Jesus sought me when a stranger,
Wandering from the fold of God;
He, to rescue me from danger,
Interposed His precious blood.

O to grace how great a debtor
Daily I’m constrained to be!
Let that grace now like a fetter,
Bind my wandering heart to Thee.
Prone to wander, Lord, I feel it,
Prone to leave the God I love;
Here’s my heart, O take and seal it,
Seal it for Thy courts above.

7 Responses to Bruce Cockburn – love in a broken world