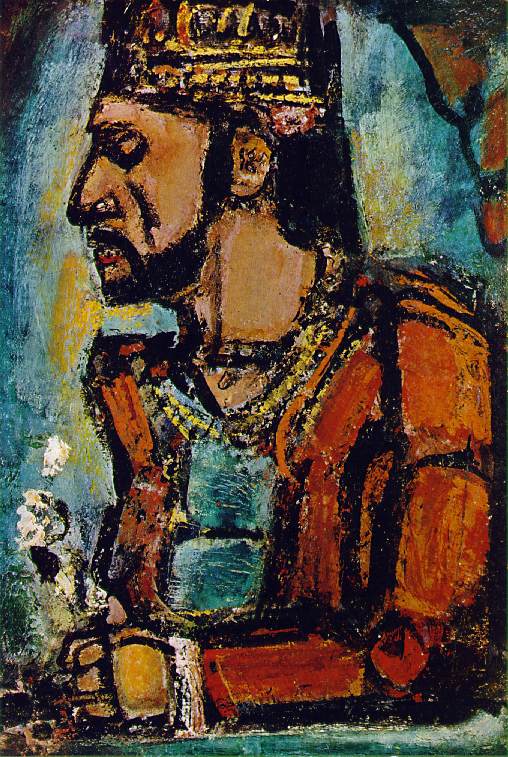 What a dignity (almost obscure) the old king has. We overlook the flowers in his hand.

His sympathy runs deep, for he has long battled the darkness within and the evil of the world without. Yet we see him now as through the glass of an old cathedral window. Light (almost hidden) illumines him outward from deep within, arising from beneath the surface and from beyond the world.

He seems timeless, an archetype of this age. We are all hidden kings, between the times, suspended between the Advents of the eternal King.

This is what I have learned from contemplating “The Old King” for 40 years. A color print has hung on my wall, wherever I have lived or worked, ever since I wrote a now-lost paper on Rouault for an art history class c. 1980.

The modern painter who has shaped my journey the most is Michael Barfield, a soulmate of Rouault. Consider Michael’s visual reflection on the significance of flowers: 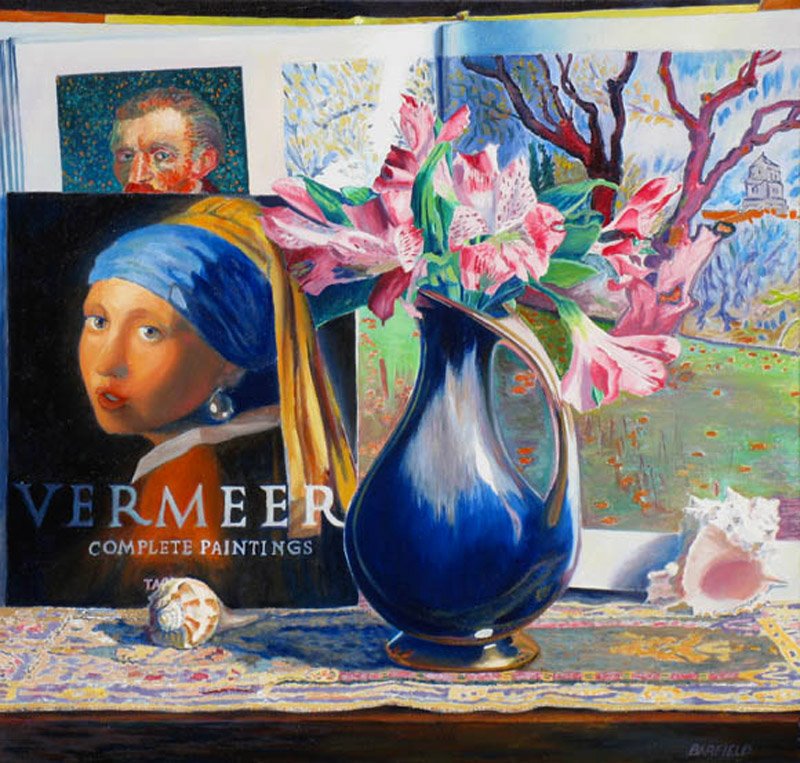 Michael commented on an earlier version of this post:

Rouault’s larger body of work portrays the dignity of outcasts, transients, the dispossessed, the marginalized and the overlooked. The old king has a solidarity with them; he holds on to the flowers. He does not despise fragile human beings or consider their worth as manifest in their worldly station. 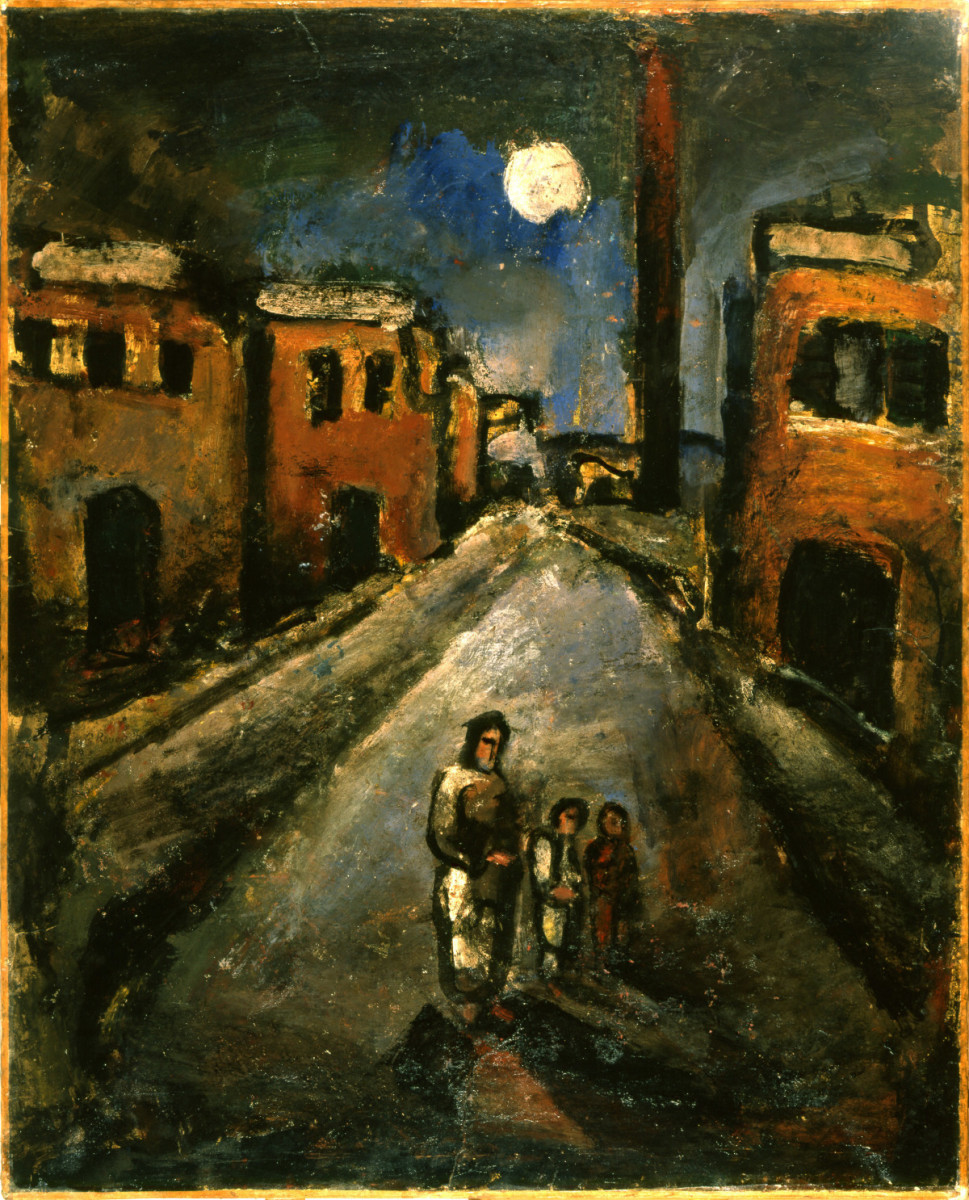 Rouault’s “Christ in the Suburbs” expresses the same message I recently found so compelling in the photography exhibit, The Road I Call Home. In Rouault’s paintings of marginalized people, as in Randy Bacon’s photographs of homeless people, we discern portraits of Jesus.

“Rouault was able to see these dreary figures without pity or despair because he saw beyond the surface of things. These lonely figures were part of a larger story; he was able to look into their suffering and see Jesus. In many ways Rouault’s religious faith consisted of a life-long meditation on the incarnation of Christ. What gave him hope was the presence of Christ…” – William Dyrness

I like to think of the old king as Rouault himself, sympathetic, viewing others as participating in the suffering of Christ, as rightful but dispossessed royalty.

Or perhaps the old king is Pascal, who affirmed the dignity of humanity as dispossessed royalty in Pensées (113–117):

Man’s greatness is so obvious that it can even be deduced from his wretchedness, for what is nature in animals we call wretchedness in man, thus recognizing that, if his nature is today like that of the animals, he must have fallen from some better state which was once his own.

Who indeed would think himself unhappy not to be king except one who had been dispossessed? Did anyone think Paulus Emilius was unhappy not to be consul? On the contrary, everyone thought he was happy to have been so once, because the office was not meant to be permanent. But people thought Perseus so unhappy at finding himself no longer king, because that was meant to be a permanent office, that they were surprised that he could bear to go on living.

1 Response to The old king