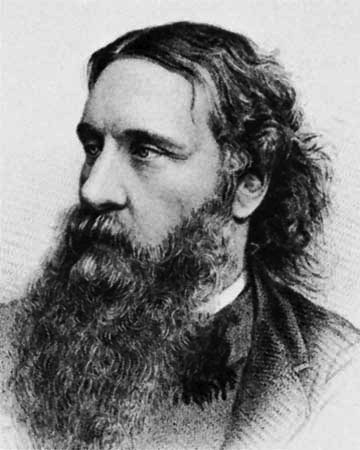 When I embarked on a five-year program of reading George MacDonald, the short introductions listed below greatly benefited me. If you’re anything like me, and also starting out on the road to understanding MacDonald, then I commend them to you as well.

1. MacDonald, “The Golden Key”
Read MacDonald himself first! This short tale is MacDonald in a nutshell. Re-read it several times; let it sink in. Savor it. Read it out loud. Let it bathe your imagination. “The Golden Key” illustrates particularly well how MacDonald’s mythic vision offers a powerful imaginative vocabulary for articulating Christian hope (much like Paul Young’s The Shack). For example, C.S. Lewis drew from this story his metaphor of life in the “shadow-lands.”

“The Golden Key” is one chapter in a collection of stories entitled The Light Princess and Other Fairy Tales, available from Johannesen Press

or free from Project Gutenberg

. The latter version is also available as a free download from the iBooks store on your iPad or iPhone. “The Golden Key” is also frequently reprinted, as in this Eerdmans edition

or Kreeft’s anthology, The Shadow-lands of C.S. Lewis

2. “Part I: An Introduction” to Gary W. Deddo and Catherine A. Deddo, George MacDonald: A Devotional Guide to His Writings

(Edinburgh: Saint Andrew Press, 1996), pp. 1-35.
This superb essay illuminates MacDonald’s writings in light of his contemporary theological and social context. It is accessible to beginners yet has much to offer experienced MacDonald afficionados. I can’t recommend it highly enough.

(New York: HarperOne, 2001), xxiii-xxxix.
This classic essay by Lewis rekindled late-20th-century interest in MacDonald. Essential reading for MacDonald lovers. Insightful and memorable, as only Lewis can be.

Regent University
These two lectures offer a superb introduction to MacDonald and his imaginative, theological vision. Don’t miss them! They are an ideal prelude to Dearborn’s in-depth study of MacDonald’s theology, The Baptized Imagination: The Theology of George MacDonald

6. Rolland Hein, The Harmony Within: The Spiritual Vision of George MacDonald

(Chicago: Cornerstone Press, 1999).
Although longer than the above sources, this work deserves mention here. If you were to ask me to recommend just one book-length introduction to MacDonald, this would be it. The Harmony Within also makes a great prequel to Hein’s full length biography, George MacDonald: Victorian Mythmaker

(Star Song, 1993). A short essay that covers some of the same ground is the chapter on MacDonald in Rolland Hein, Christian Mythmakers: C.S. Lewis, Madeleine L’Engle, J.R.R. Tolkien, George MacDonald & others

I hope these introductions will whet your appetite and encourage you to make a long-term commitment to read MacDonald. In future posts on Reading George MacDonald, I’ll offer some tips and suggestions for approaching his huge and diverse corpus, and note some longer works on MacDonald that I’ve found helpful so far (like those by Dearborn and Hein already mentioned above).

This entry was posted in Art-Music-Lit, Theology and tagged George MacDonald. Bookmark the permalink.