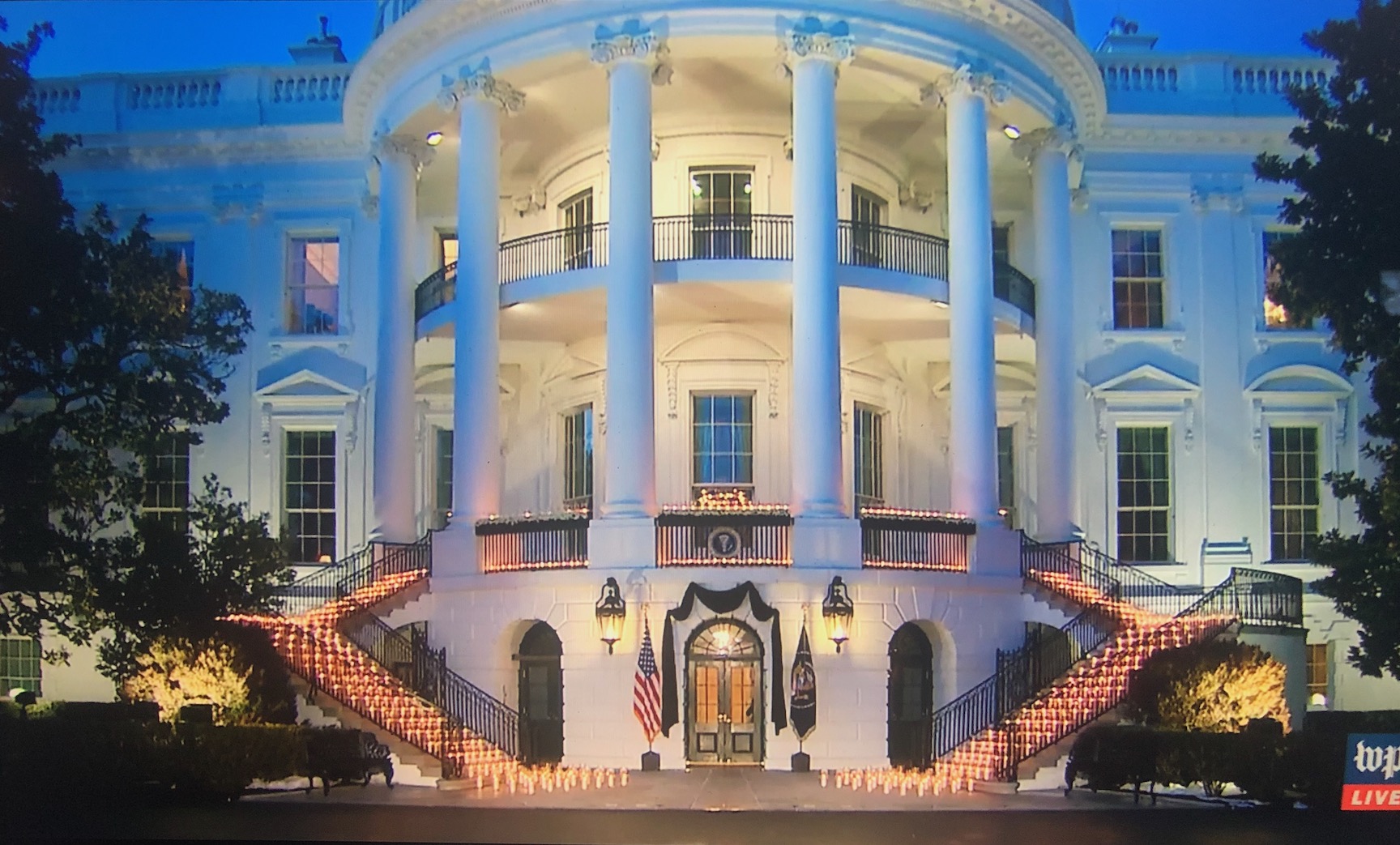 Such a strange feeling this memorable day brings. I received the first dose of the Pfizer vaccine on the same day we passed the milestone of half a million deaths from Coronavirus in the United States — in only a year, more than the fatalities of World War 1, World War 2, and the war in Vietnam combined. 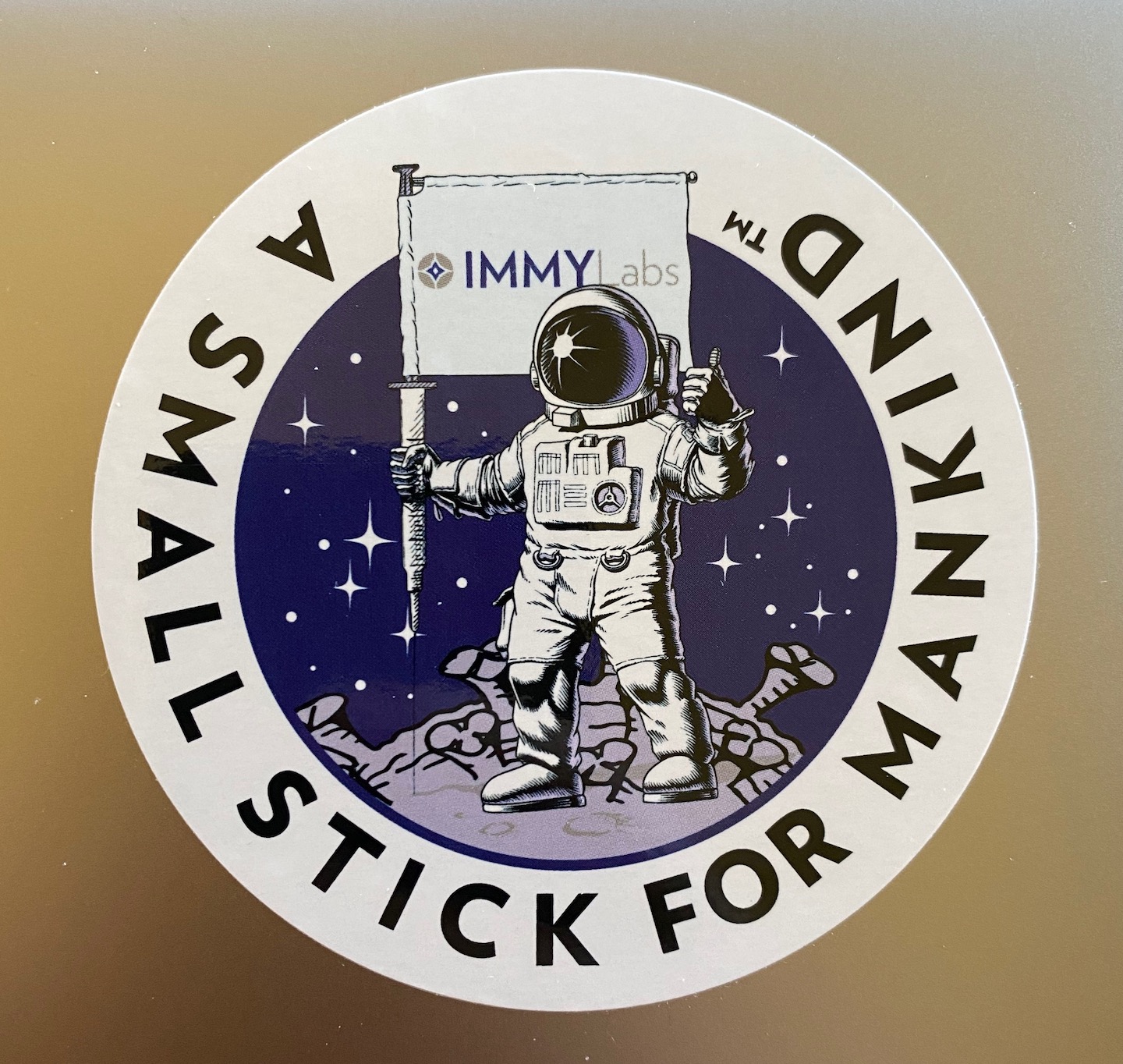 As for the vaccine, what an amazing experience, courtesy of the people at IMMY Labs here in Norman, the Cleveland County Health Department, Norman Regional Hospital, and quite a few OU students who partnered together to administer 10,000 doses today at the Embassy Suites just a few blocks down from the IMMY headquarters. I’ve never placed a sticker on my Mac, ever, none, and I’ve had Macs since 1986. But I did today.

As we approached the hotel, traffic was backed up for blocks in all directions. My appointment was early in the morning, and apparently lots of people had come in advance just to be sure. Police officers were everywhere — in the intersections, and then throughout the parking lots, guiding us to open spaces. The traffic jam did not last long; there was no trace of it when we left – they did their work expertly.

I stood in line outside the building until it was time to enter. Everyone was masked. There was no crowding or pushing. A worker was standing at the door, opening the door to let people inside in a measured way.

Once inside, I was met by a sequence of workers who checked my temperature with a contact-less IR beam, then directed me along a hallway, where I was accompanied by a worker, walking beside me, who confirmed my name and date of birth. And another worker who said she liked my astronomy mask that Candace made. Before I had time to stand still, the line turned left and filed into the large convention room where chairs were set up in columns. We never stopped moving. All the check-in phases were accomplished while standing up and moving in line. Those around me were respecting the 6-feet of separation.

I sat down in the chair indicated for me. Two workers with a cart moved into the space in front of me, between me and the next chair forward from me. One confirmed my name and date of birth and prepared the vaccination card that I’m to bring with me for the second dose. The other gave me the shot in my left arm. She was good at it; I could hardly feel the stick at all. As they were working simultaneously instead of in sequence, it seemed to be over in no time; they quickly moved on to the corresponding chair in the column to my right. After 15 minutes, a worker dismissed my column. We stood up to the right of our chairs, walked to the front and then exited left out of the convention room, through a different hallway, and back outside.

The experience was a splendor born of the combination of flawless logistics and human kindness in the midst of our desperate pandemic year. IMMY Labs had so many workers that there was never a question about what to do or where to go next, and no needless waiting. Equally unexpected, all those workers were kind, offering welcoming greetings, asking how we were doing.

From the time I entered the building until I left, I was actually nearly in tears just at the combination of such competence and compassion — and of the wordless affirmation, by deeds alone, of the reality of the pandemic, as they devoted themselves to its mitigation. Not to mention the improbable fact that I have survived long enough to get the first dose of the vaccine. My goodness, all the people in the chain who made that happen, from the research scientists around the world to the day workers here in this city today, I’m so thankful for them all. Bless them, dear Father! Hallelujah. If you are reading this, I pray it goes the same for you and that your turn will come soon.

500,000. This evening we cried our way through the memorial service President Biden held at the White House at sundown. Long after the moment of silence, while still watching the White House beautifully illuminated with candles, Candace proclaimed: “Congratulations, Mom, you got a president to speak at your memorial!” (Twice!) Phyllis passed from Covid on January 17th, just short of Biden’s first Covid memorial, held on the Mall on January 19, the eve of his inauguration. As with so many, her memorial service is postponed until a safer time. So, to us, both of these sunset services were for her. They acknowledged our grief and our gratitude.

Tonight, President Biden repeated a line from his brief remarks on the Mall: “To heal, we must remember.”

I will long remember this day. Enduring thanks to all of those who, directly or indirectly, have touched my life today. 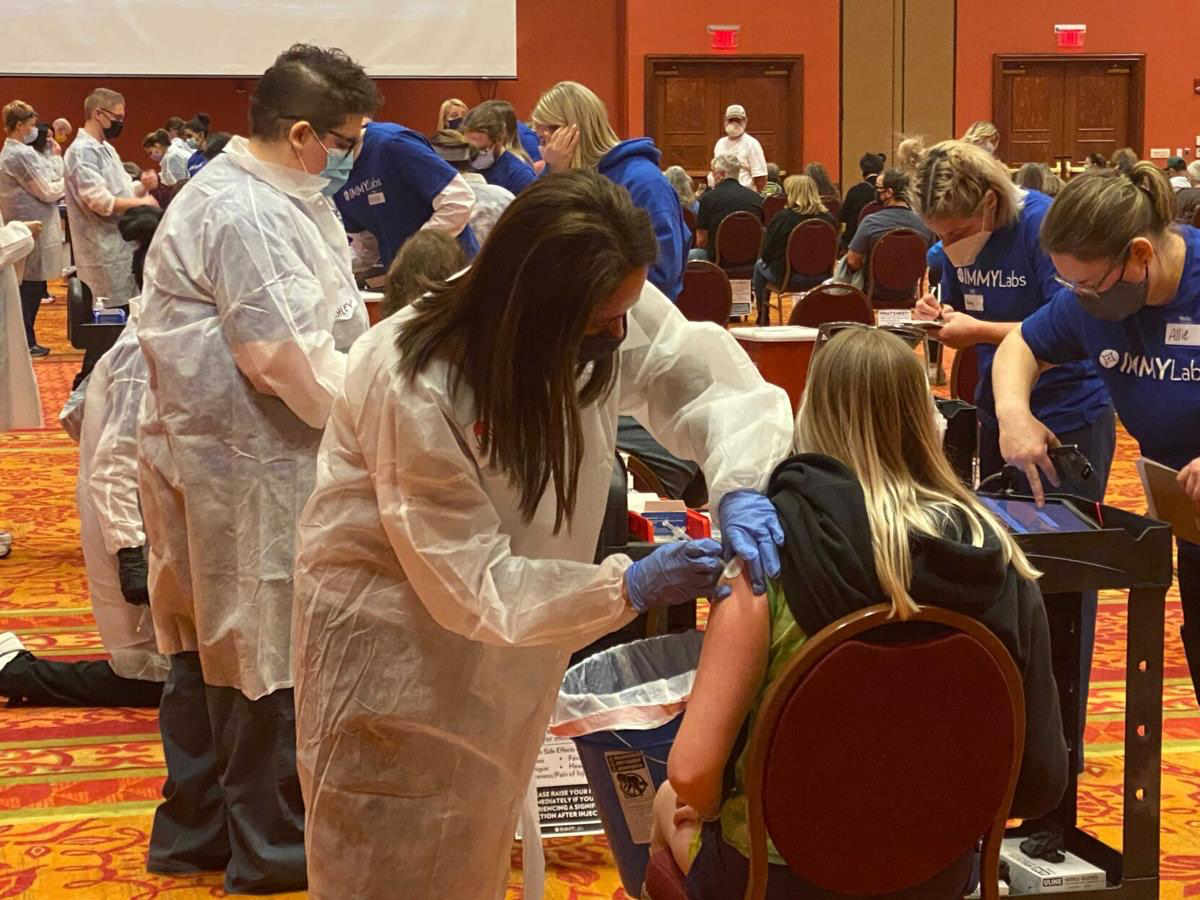 Story in the OU Daily

This entry was posted in Events. Bookmark the permalink.

1 Response to I’ll remember this day