An earlier post reflected upon the story of the magi in the second chapter of Matthew. The arrival of the magi to worship the Christ child is usually celebrated on Epiphany, January 6. This celebration is an older tradition than that of celebrating Christmas on December 25th. Epiphany means “the showing,” that is, the showing of the Messiah to the Gentile nations, represented by the Magi. The Messiah’s work is of universal scope, for all the nations and not merely the house of Israel.

Nativity: In Advent we place the figures of the magi far away from the stable of Bethlehem, somewhere in the easternmost part of the house. Every few nights we move them closer to the nativity scene, so that they will arrive on January 6 for the feast of Epiphany.

Gift giving: Through the years our children received gifts on three days: the feast of St. Nicholas (Dec 6), as explained in a post on Santa Claus; from relatives (but not from us) on Christmas Day, in honor of Jesus’ birthday; and then on Epiphany, when we have our own family gift exchange in imitation of the magi. Spreading out the gift exchanges this way is easier on the budget (purchases are spread over two months instead of one, and we can take advantage of post-Christmas sales), fits well with our annual travels to visit family for the days around December 25th, allows us to choose gifts that fill in the gaps without duplication, and also greatly tones down the focus on gifts on Christmas Day. There are far too many Christmas stories, movies, songs and albums to run out of things to do each evening (see Christmas nights at home for a short list of our favorites), so we unhurriedly stretch the season as long as possible, from Thanksgiving to Epiphany.

After the joyous seasons of Advent and the 12 days of Christmas, the Epiphany Celebration draws our celebration of the birth of Christ to an end. We usually take down the tree, nativity, and decorations the next day, not too long after the Christmas lights have gone out on other homes in our neighborhood. 🙂 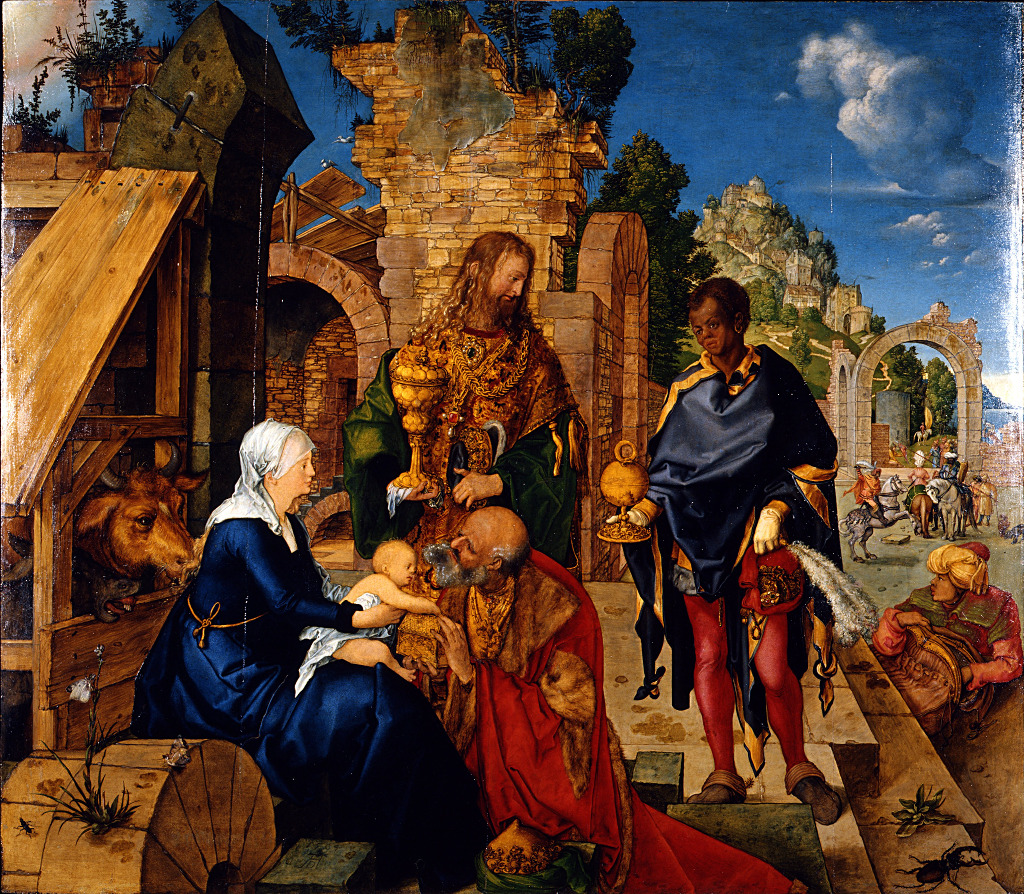 Albrecht Durer, Adoration of the Magi